The seven Woodford Sixth Formers who participated in the Model United Nations Conference in London (March 2016)  clearly impressed - they walked away with no fewer than three awards:  Ashley was “most distinguished delegate in her committee” and Aamena “best delegate” in hers.  The strength of the whole team (Ashley, Aamena, Hannah, Ananya, Husna, Namra  and Zahra) was recognised by the coveted top award for “Best Delegation”.  The topics debated were topical, challenging and wide ranging.  Human trafficking, civil war in Syria, education and the rights of refugees all featured on the agenda.  All seven girls are congratulated on this wonderful achievement. 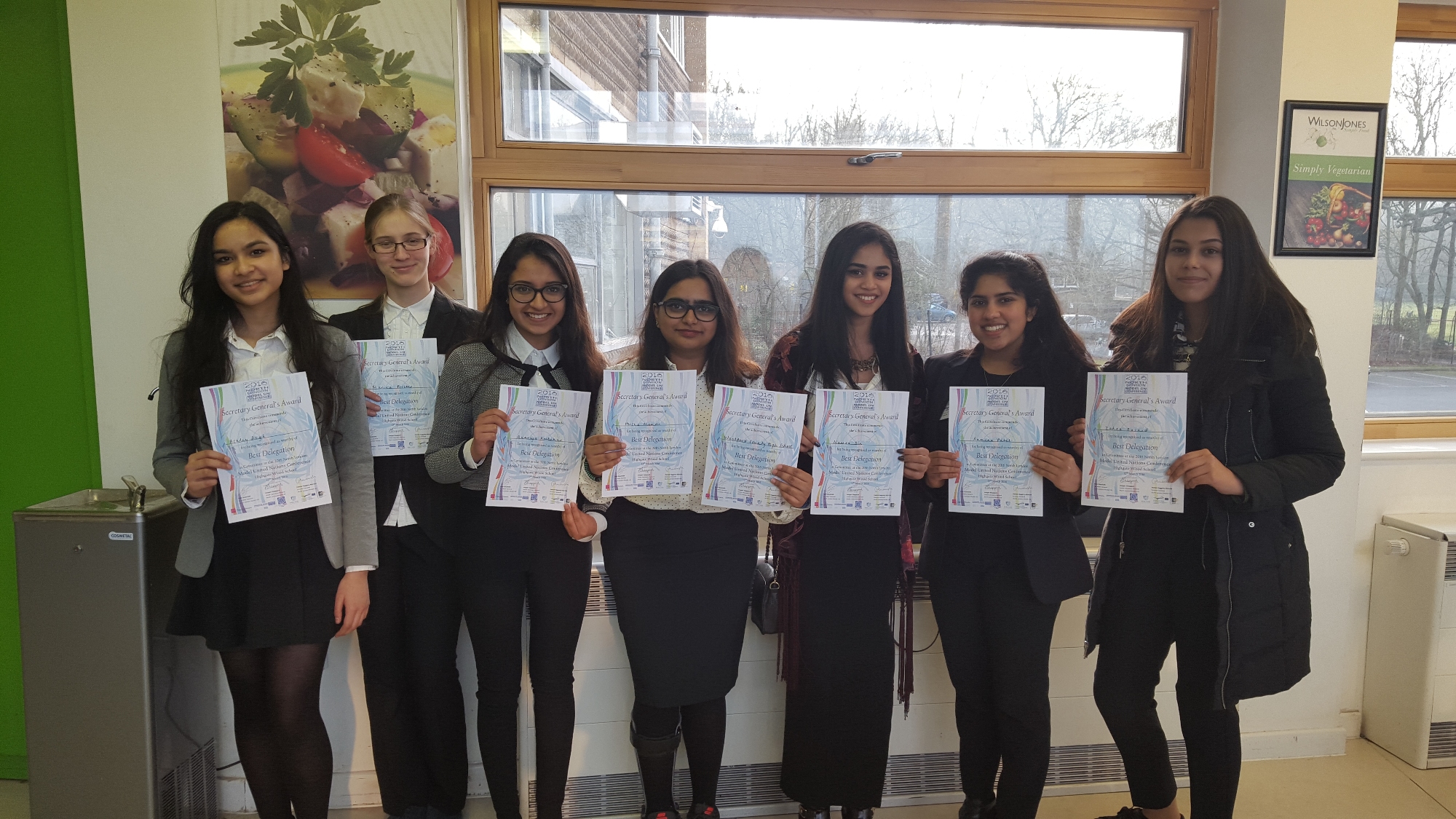