Expansion of the school from four forms of entry, to six (6fe) begins this September when we welcome an intake of 180 girls.

The associated £11.5m building project to facilitate this expansion will give us 13 brand new science laboratories, computing and classroom facilities, a roof terrace, an additional changing room for P.E. and dedicated study space for Sixth Form students.  Additionally, two new multi-use games courts are being provided on the school field.

Our constructors Kier came on site in April 2016 and have begun in earnest.  The new netball courts are due for completion in September 2016, the new building in July 2017 and refurbishments (in the main building) in October 2017.  We aim to tell the story here in pictures.  The images below show the first stage of the project: the ground being broken. 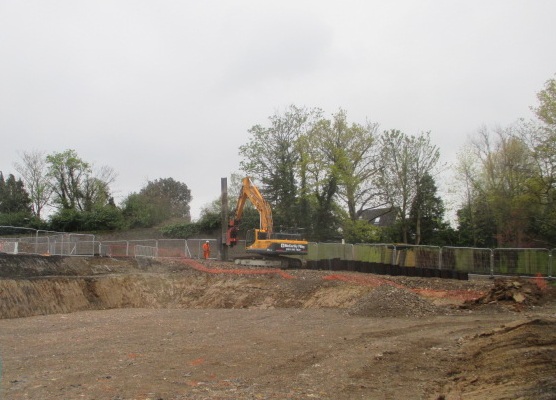