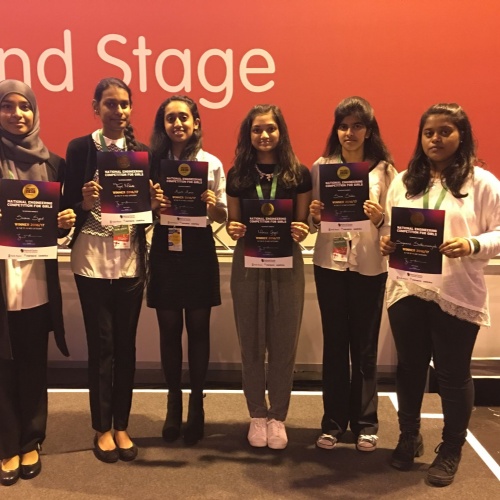 A group of six year 12 students have been placed as winners in the national “Talent 2030” engineering competition.  Saima, Tejal, Sara, Aarti, Monica and Sagaana, designed a theoretical novel 2nd catalytic convertor which would reuse the CO2 produced when fuel was initially burnt and convert it into ethanol (a fuel that has in some counties be used as a fuel in cars).  The girls picked up their prize as they presented their ideas at the Big Bang Fair held at the NEC in Birmingham on Saturday 18th March 2017.  They will share the winnings of £500 between them with a further £500 awarded to the school.