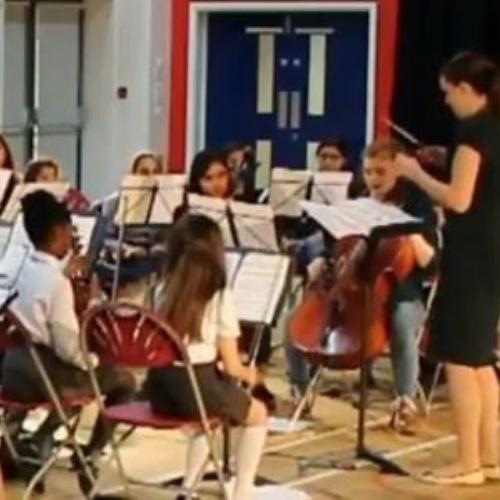 On Monday, Woodford’s Orchestra took a trip to Churchfields Junior School to take part in a joint musical workshop and a concert. The orchestras collaborated on two well-known pieces – Grieg’s ‘In the Hall of the Mountain King’ and Holst’s ‘Mars – The Bringer of War’, both of which are currently featured in the BBC’s 10 Pieces project. The resultant sound of two excellent orchestras performing together was impressive – and both young and older musicians alike demonstrated excellent musicianship and professionalism in their rehearsals and resulting concert to an audience of family and friends. The project was a fantastic opportunity for Woodford’s musicians to act as musical role models to younger students – and to have a lot of fun doing it! We look forward to more collaborations in future.