As part of their ongoing whole-class brass project, students in 8R and W were fortunate to have the opportunity to perform in a concert with the renowned ‘Oompah Brass’ band on Wednesday, at Walthamstow Assembly Halls. Performing as part of a massed band of 210 primary and secondary students, Woodford’s year 8s were fantastic musical role models for the younger students, despite most of them having only been learning their brass instruments since February. As well as performing a number of rousing pieces with the full band – from ACDC’s ‘Highway to Hell’ to the theme tune to ‘Ghostbusters’, Woodford had the opportunity to shine by themselves as they played Queen’s classic ‘We Are the Champions’. 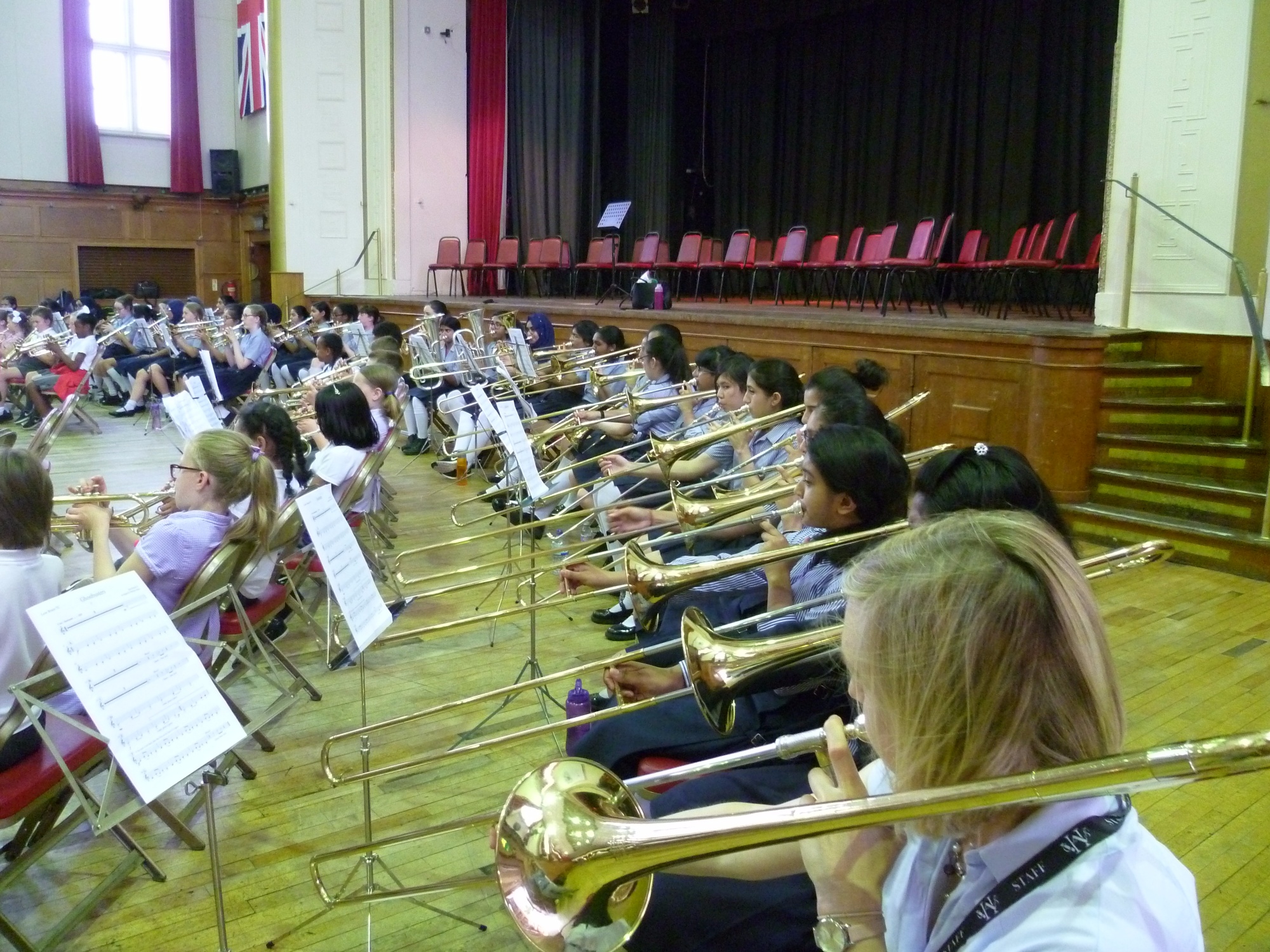 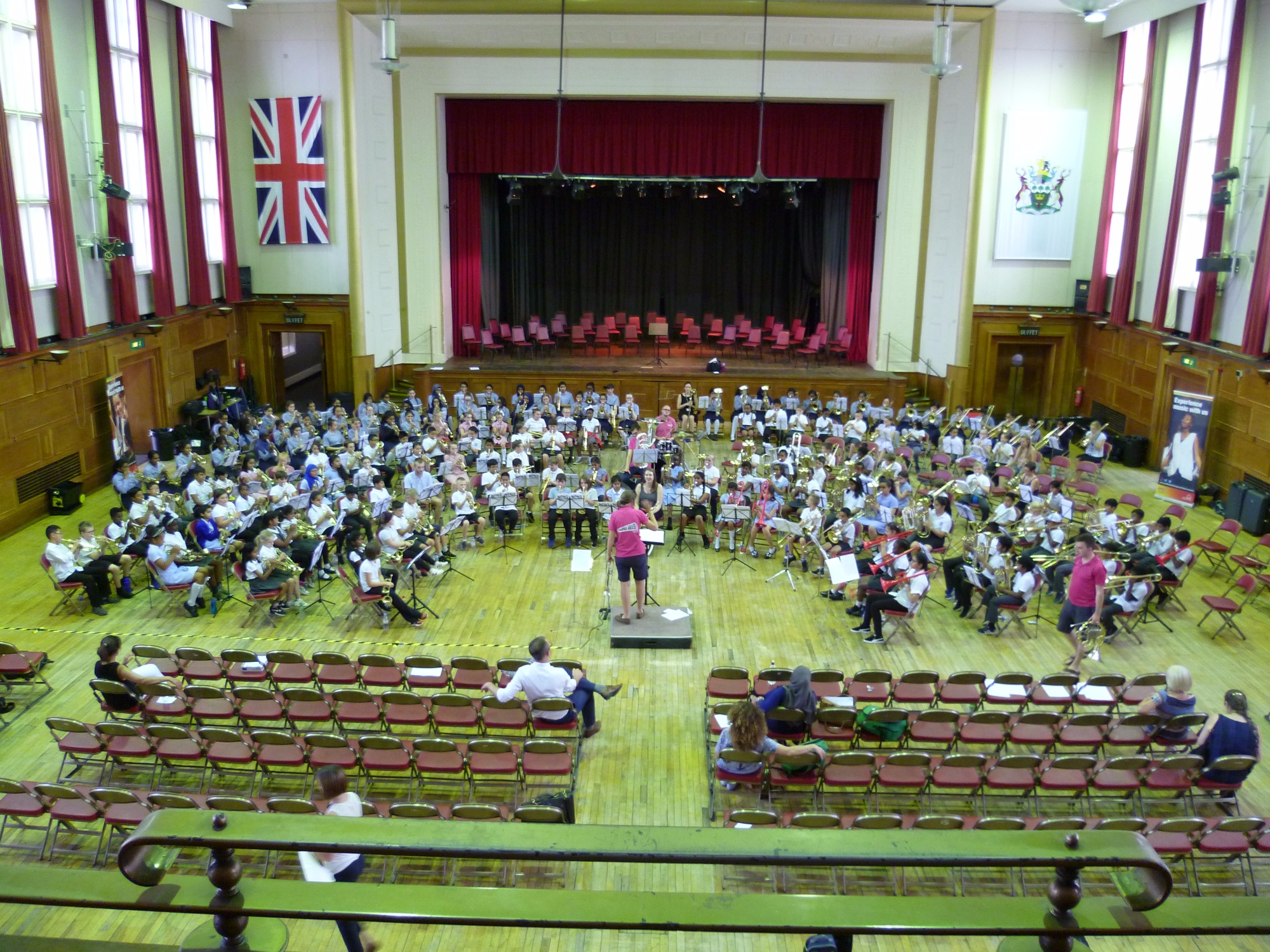