The Importance Of Promoting British Values

All schools in the United Kingdom aim to deliver a liberal education to their pupils. Such an education is characterised by several typical features – breadth of curriculum; a commitment to open debate and discussion; recognising that there are a number of competing worldviews and interpretations of the past, many (but not all) of which are equally valid; respect for differing views and religious beliefs; encouragement of independent thought and so on. Since 2014 these values have been characterised by Government as British values. For further information on the Department for Education guidance on British Values, please go to the end of this document. 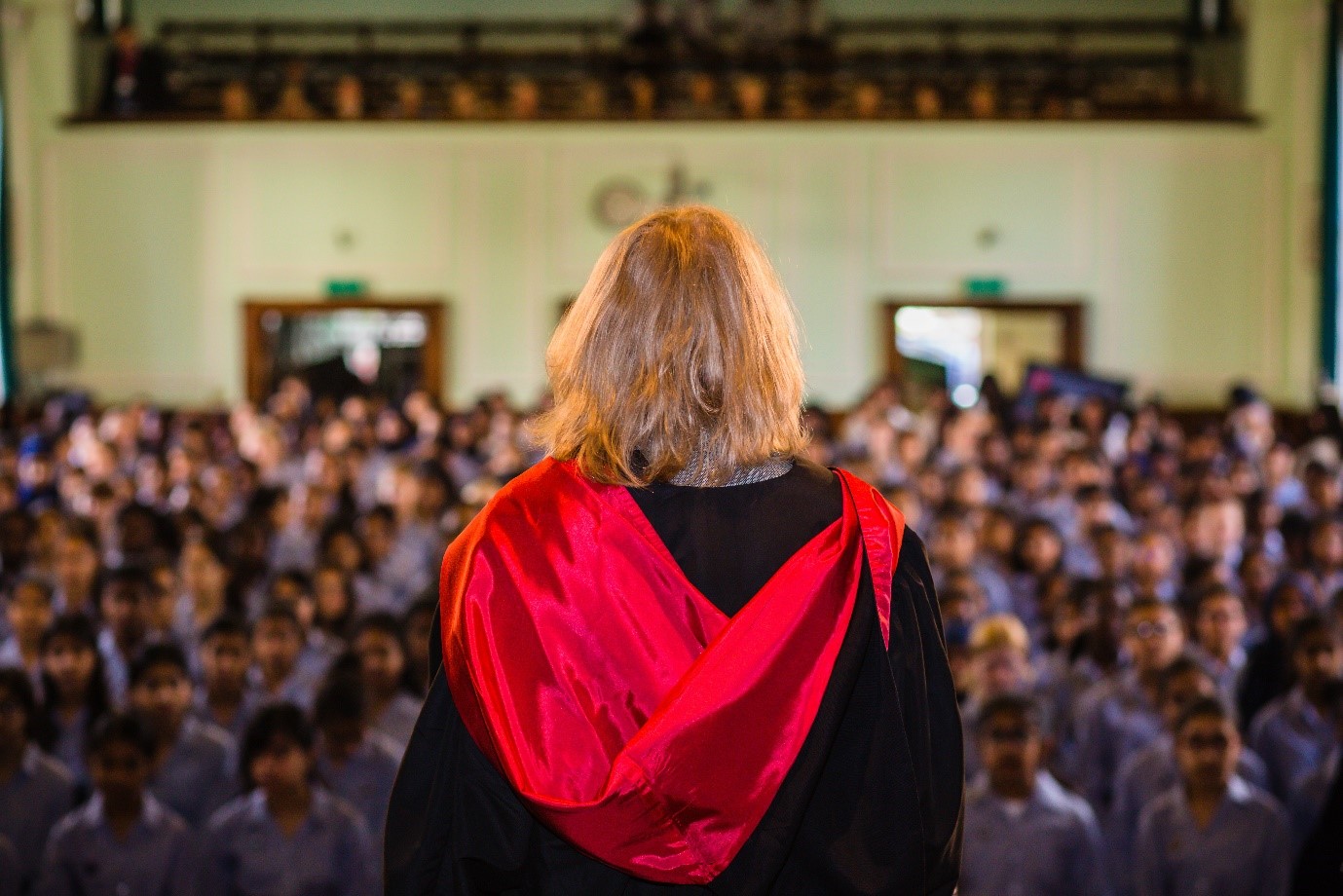 Above: The School Birthday, an occasion where the school comes together across the generations.

At Woodford, we already promote the core aspects of British Values through the Spiritual, Moral, Social and Cultural Development (SMSC) work that is integrated throughout every year group. We recognise that such development is most successful when those values and attitudes are promoted by all the staff and provide a model of behaviour for pupils.  As stated in our core values, we seek to enable girls to become:

As a school community, we value and celebrate this country’s diverse heritage, much of which is reflected in the make-up of our student body and staff.   Alongside this, we value being part of Britain. In general terms this means that we celebrate British traditions in the course of the year, for example, Harvest Festival, Remembrance Day, Easter, while also ensuring that these celebrations are inclusive.

In addition, through the ethos of the school and the systems in place, British values are reinforced in the following ways:

We have a school council which meets regularly.  The school council, which is elected in a democratic way, is the pupils’ opportunity to raise issues, organise events and activities for the school and put forward their suggestions for new initiatives.  Through all areas of the curriculum pupils are taught the importance of listening to others and their viewpoint. We also promote the work of the Redbridge Youth Council and nearly every year one of our students is elected to this body; we have the highest percentage turnout for this election of all schools in the Borough. We also run a Shadow Election every time there is a UK General Election. This exposes all girls to differing political viewpoints and all have the chance to vote in a process that mirrors, as closely as possible, how voting works in the real elections. 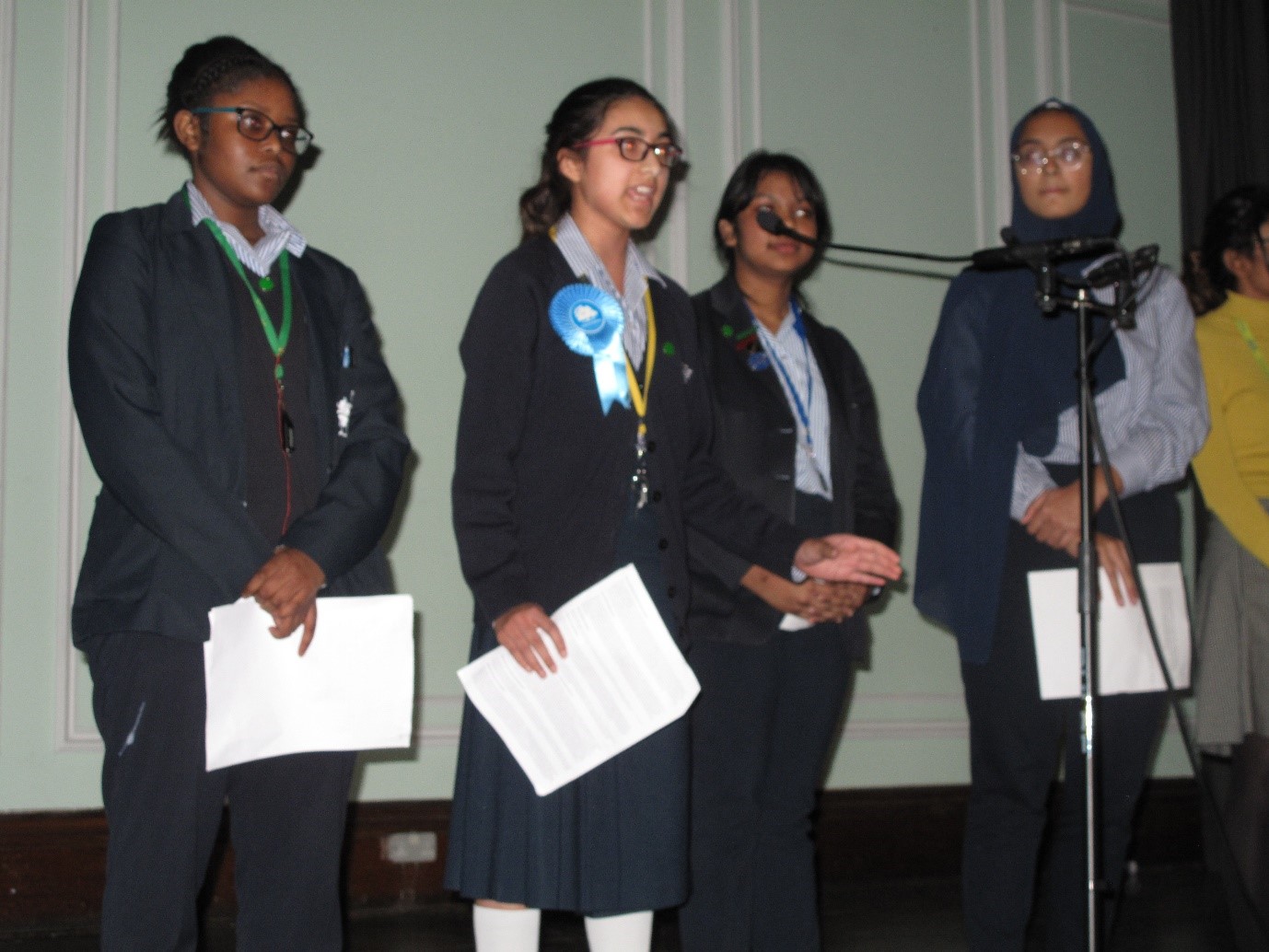 Above: Hustings for the School Shadow General Election, 2019

The rule of law

Schools are a microcosm of society and for all societies to function properly the people who live within them have to understand and follow their rules and norms. The importance of laws, whether they be those that govern the class, the school, or the country, are therefore consistently reinforced at Woodford.  The House Points system rewards students for, amongst other things, good work, helpfulness, contribution to the school community and good levels of effort. Equally, the consistency shown in dealing with negative behaviour ensures that all children learn the importance of laws (and equality before the law), not just within school but within the community and country. Our referral system allocates penalty points according to the severity of the misdemeanor, thereby reinforcing the link between actions and consequences and thus fostering a sense of personal responsibility. 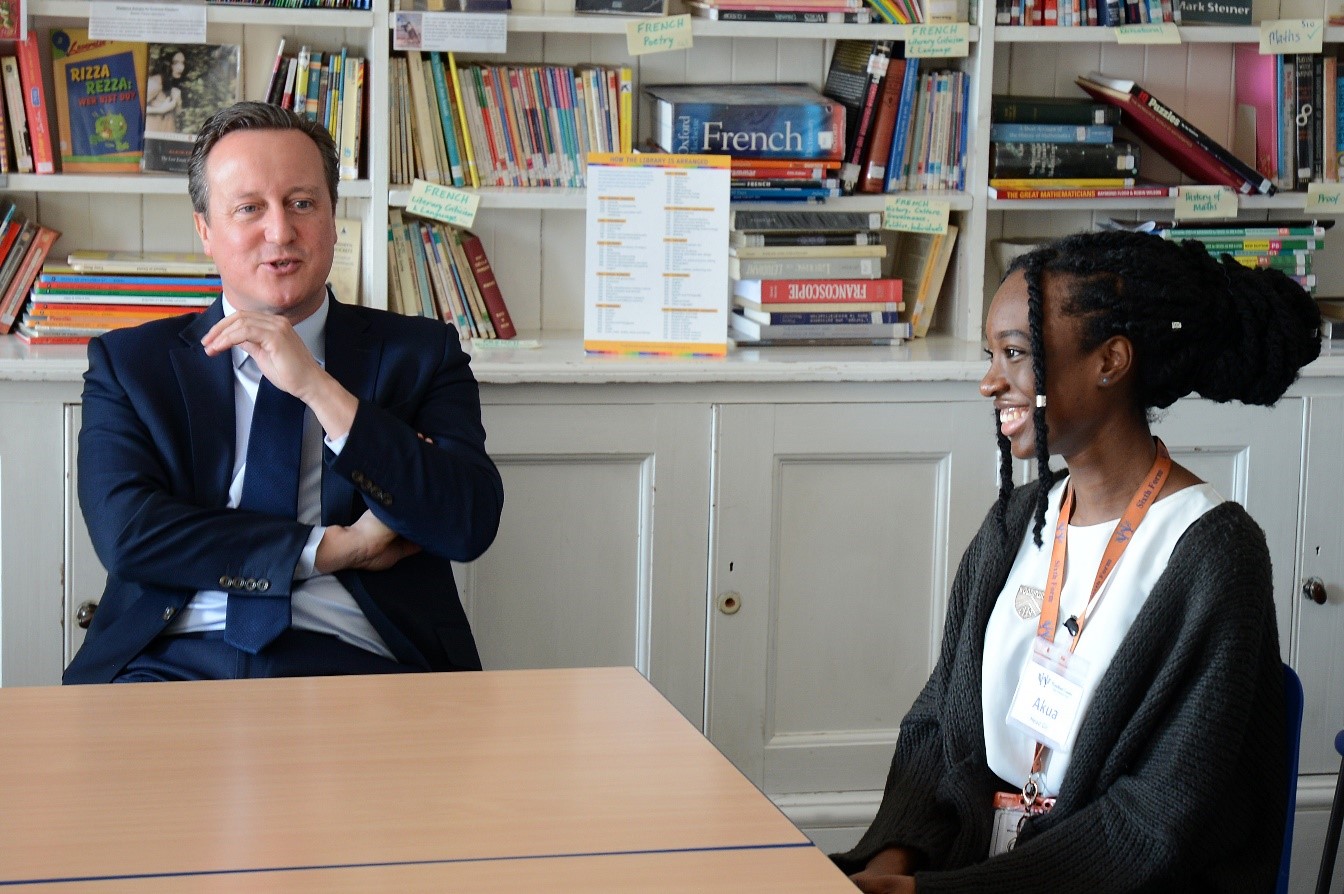 Above: David Cameron visits the school to congratulate us on our high levels of participation in the National Citizens Service.

Making the right choices and being responsible for them are important principles at Woodford. 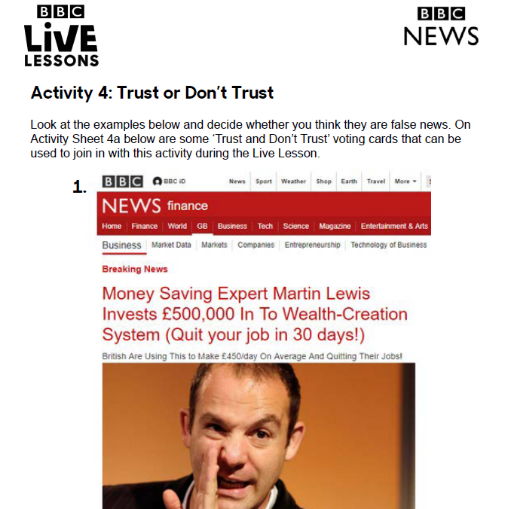 All pupils are encouraged to be independent in making the choice that is right for them.  Our pupils are actively encouraged to make informed choices, knowing that they are in a safe and a supportive environment. We provide boundaries for pupils to do this, thus empowering them to make good decisions.  This includes understanding how to remain safe through PSHCE and E-safety sessions. Pupils are encouraged to know, understand and exercise their rights and personal freedoms; equality of opportunity is central to their ability to exercise these rights.

Above: Part of one of the resources we use in PSHCE to tackle the problem of Fake News.

Mutual respect is at the heart of our aims as a school. Students at Woodford learn that their behaviours have an effect on their own rights and those of others. Listening to others and behaving as we would want others to behave towards us are important features of everyday school life. For some years now we have been promoting Equalities, involving both teachers and staff in discussing and shaping our approach to this important issue. Work on this is ongoing. 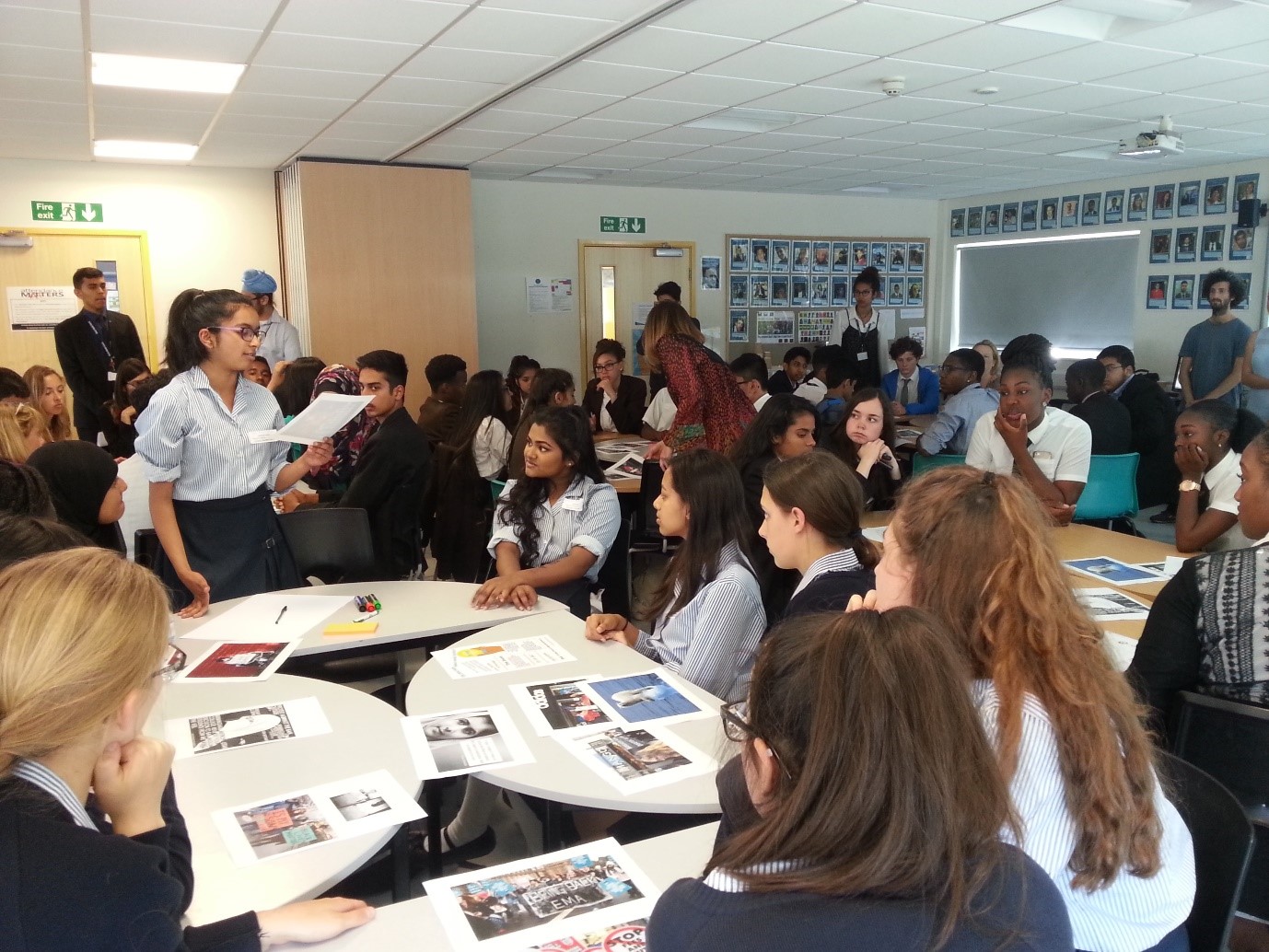 Above: Year 10 take part in the Schools Fairness Conference.

Respect for those of different faiths and beliefs

At Woodford, we actively promote diversity through our celebrations of different faiths and cultures. School assemblies, Religious Education lessons and PSHCE lessons reinforce messages of respect for others. Members of different faiths and religions are invited in to speak in class and both staff and students are encouraged to explain their faith’s ideas and beliefs at whole school assemblies. At various stages of their time at Woodford, the pupils visit places of worship that are important to different faiths. The school has a prayer room which is reserved for quiet prayer and contemplation and is available to pupils of all faiths. 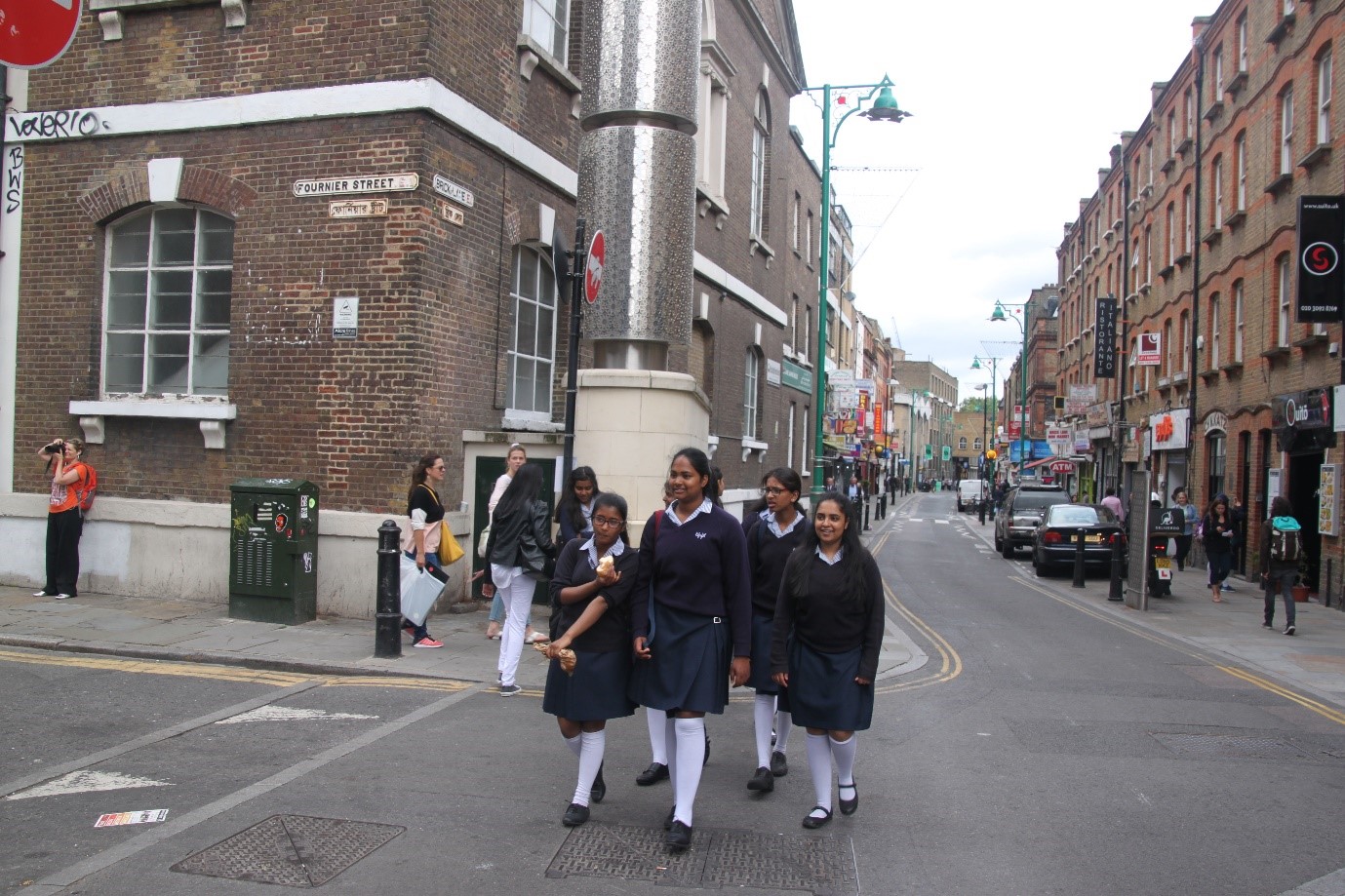 Above: Co-Curricular Day visit to Brick Lane, a melting pot of different cultures.

Through the study of British history, pupils are taught to understand the different periods in our history in a chronological order. One of the aims of this is to demonstrate how Britain has become the country it is, to encourage students to be proud of our historical achievements, but also to investigate critically and objectively more controversial aspects of our past 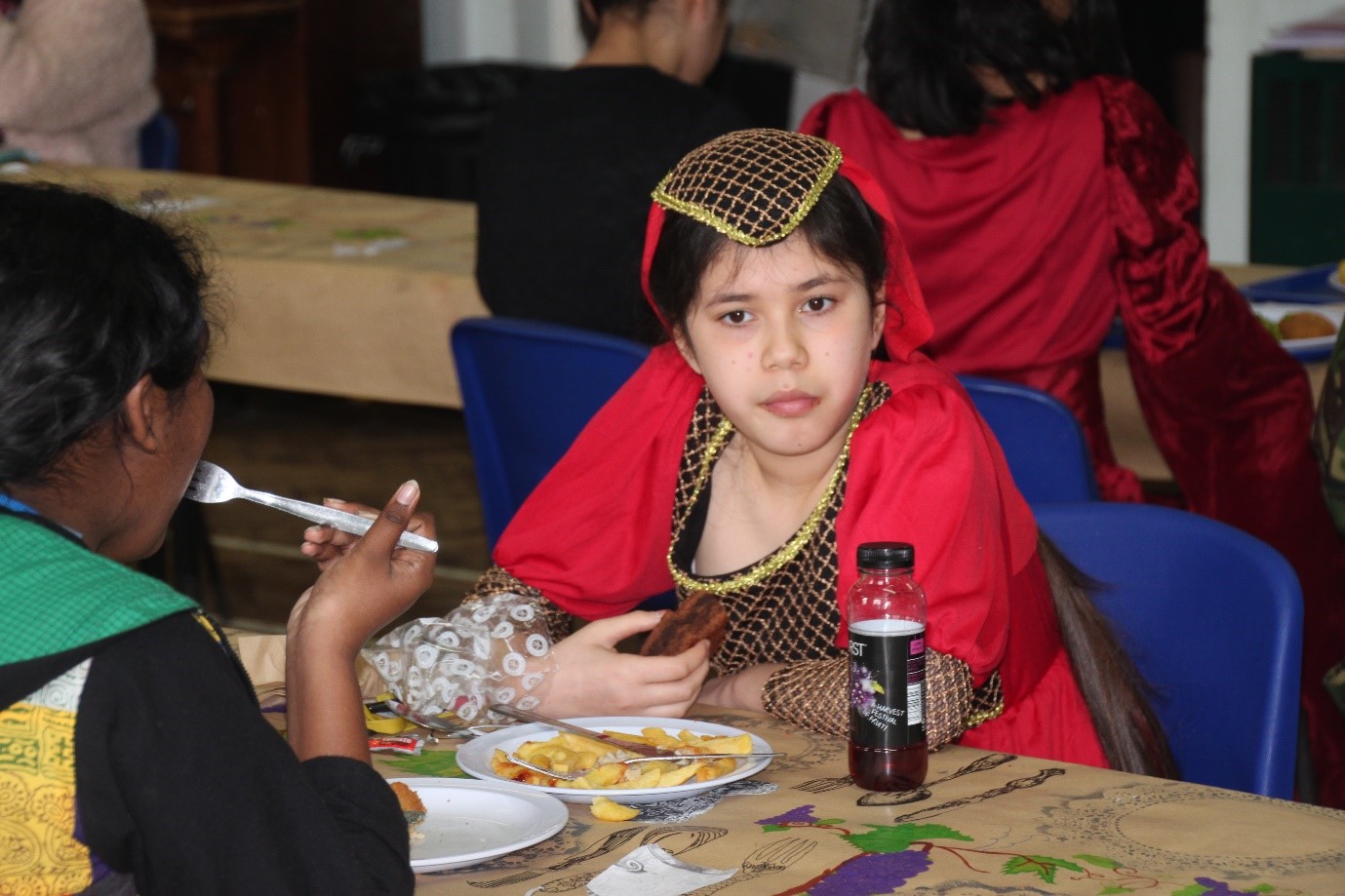 We encourage our pupils to participate in and support good causes and charities. This promotes global responsibility by raising awareness of the plight of large numbers of people both at home and overseas who are much less fortunate than ourselves and who deserve our support. The school and its pupils and staff support a range of charities each year to underline and reinforce this value in the school. Girls at Woodford are extremely proactive in promoting and fundraising for charities. Each House nominates a charity for which it will fundraise during the year, and we have a number of other events which raise funds for the neighbouring children’s hospice, Haven House. In addition there are a number of ad hoc events during the year which raise funds for specific causes, such as responses to natural disasters 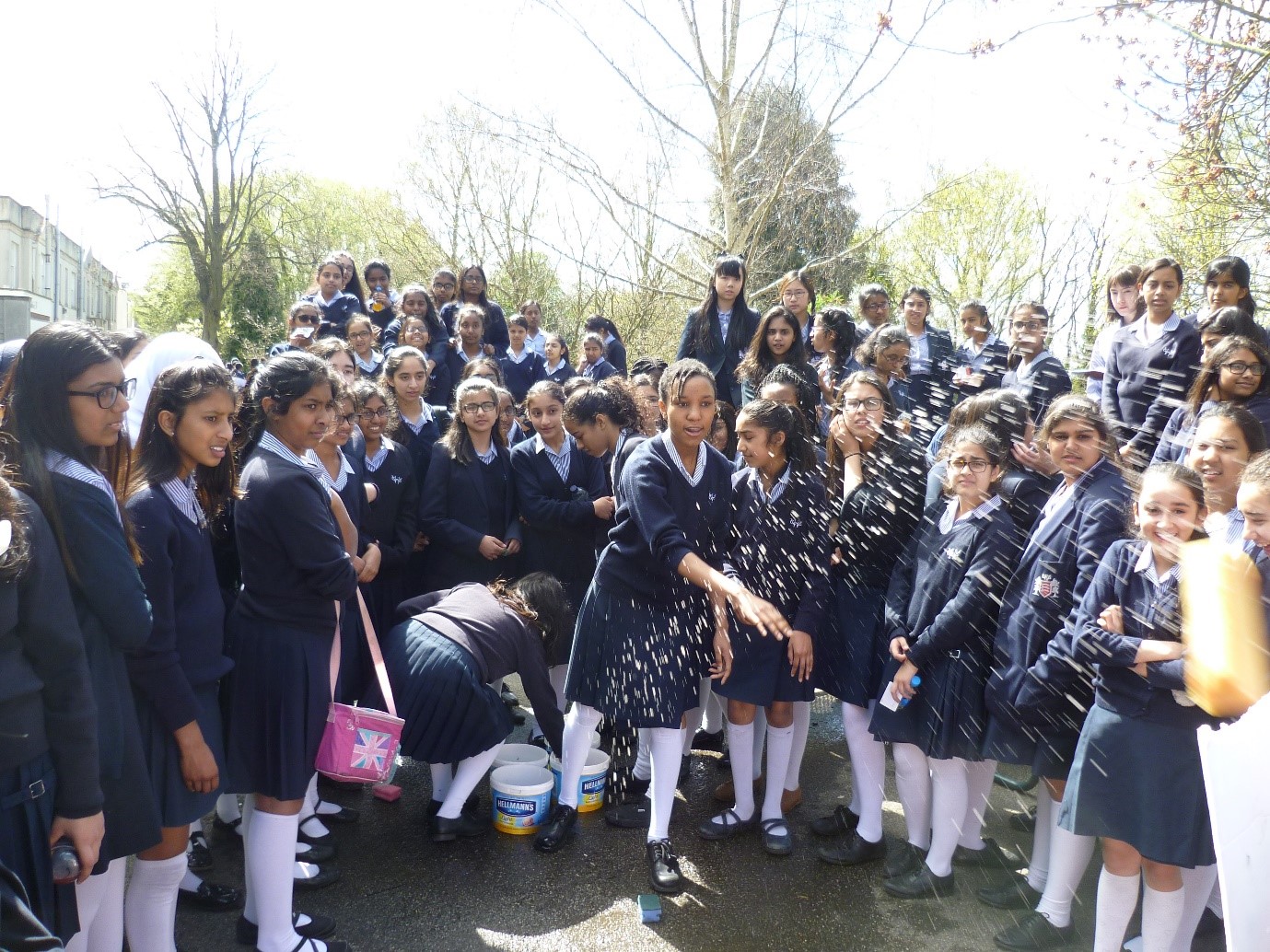 Above: Girls get a chance to soak their teachers for charity.

All staff at Woodford strive to ensure that our pupils leave with the strongest foundation of values upon which to build a successful life and make a positive contribution to our society.