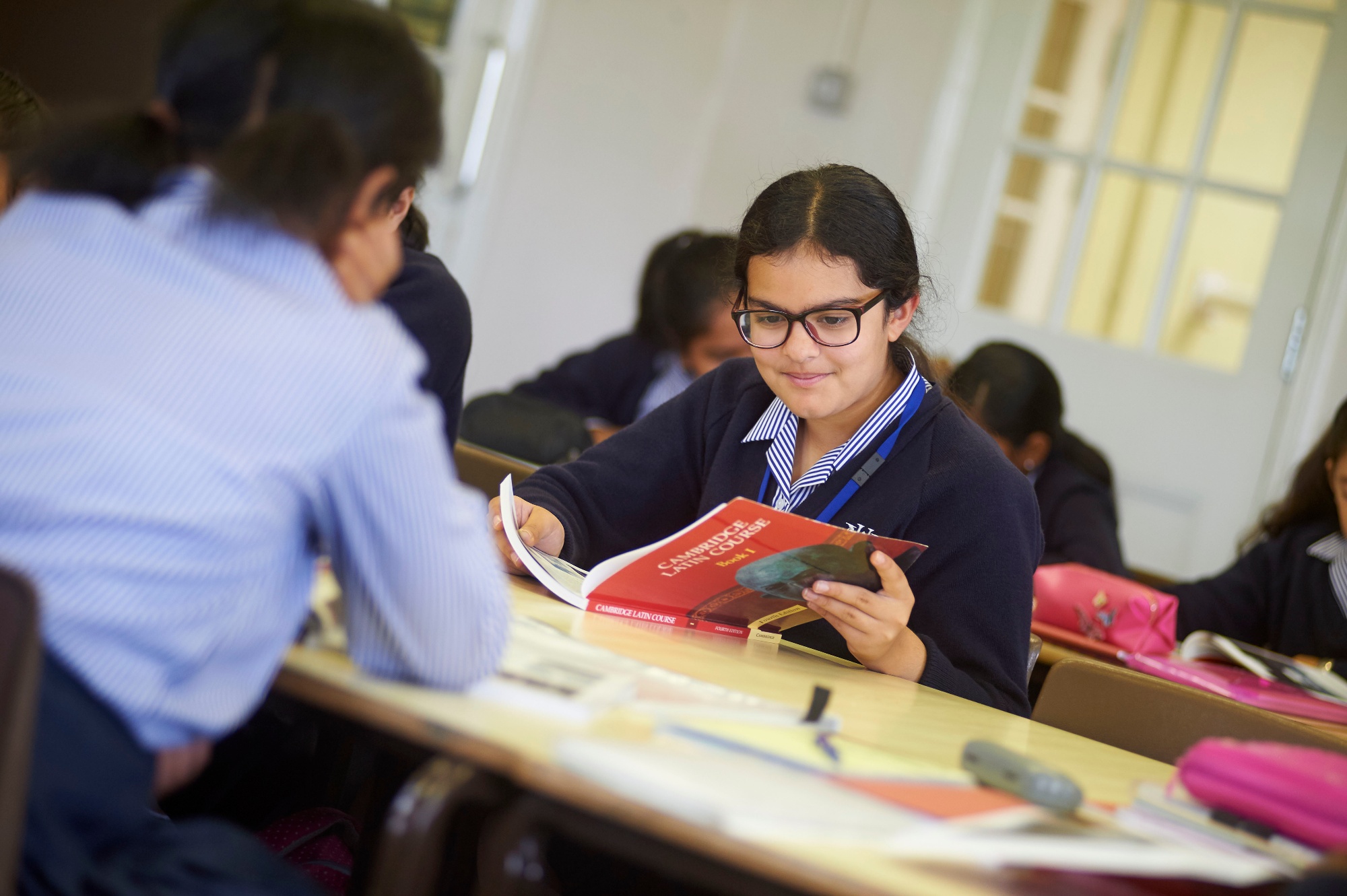 The Classics department at Woodford offers Latin from Year 7 and Classical Civilisation from year 10. Both subjects can be studied to A Level. 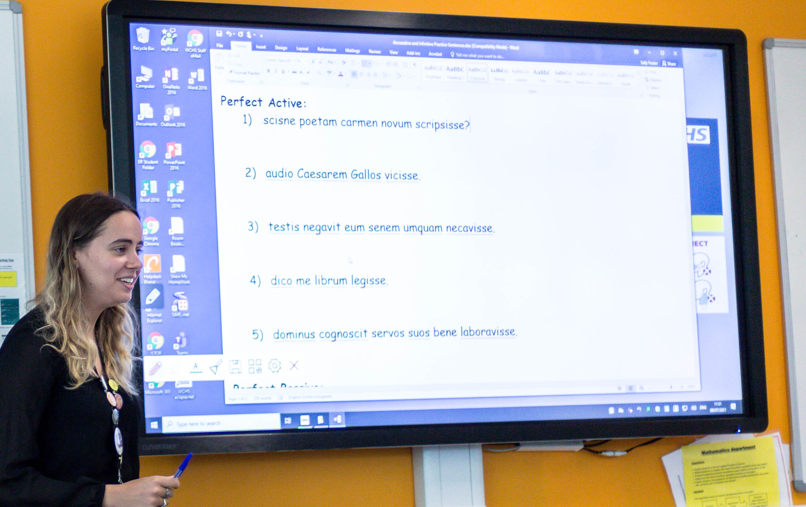 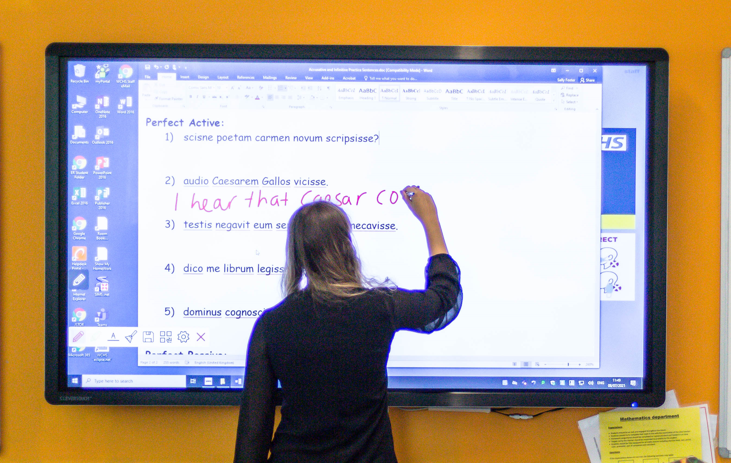 Pupils who choose Latin in Year 7 will study the Cambridge Latin Course Book 1, followed by Books 2 and 3 in Years 8 and 9. Studying the dramatic and engaging stories in Latin allows the pupils to develop their understanding and knowledge of the language whilst at the same time exploring areas of Roman culture and history. In Year 7 the pupils will study the town of Pompeii, how people lived their everyday lives and how the city was eventually destroyed by Mount Vesuvius. In Years 8 and 9 the context of the story is shifted to Roman Britain and ancient Alexandria. Our aim as a department is to bring the language to life through stimulating and engaging activities such as role play, which help consolidate the linguistic ideas in the passages and bring to life the cultural spirit of the ancient Romans.

Pupils continue their study of the language, looking at more complex structures in the lead up to GCSE. In Year 10 they continue to use the Cambridge Latin course up to Book 4 which is set in ancient Rome. In Year 11 pupils have the opportunity to study poetry and prose written in the original language, analysing the ideas and style of the texts for eventual examination.

At A Level the pupils will study works of literature of a more demanding standard by authors such as Cicero, Ovid, Virgil and Tacitus. A focus of study is how the language relates to the more complex ideas being relayed. By the end of the course pupils should be able to translate works by Ovid into fluent English. Pupils will study grammatical concepts, both those covered at GCSE and those new to them, in order to deepen their understanding of the mechanics of the language.

This is a two-year course which focuses on the lifestyle and culture, as well as the literature of the ancient Romans and Greeks. In Year 10 pupils learn about women, both real and mythological, from ancient Athens, Sparta and Rome. They explore the identity and status of these women and how they were viewed according to the visual and literary sources of the time. In Year 11, pupils study the Odyssey by Homer with the focus on analysis and evaluation of the style, themes and characterisations found in the text. This is complimented by study of the Mycenaean civilisation through discussion of the wide range of sources found from this period, including death masks, jewellery, frescoes and remains of ancient cities. Teaching is mostly discussion based, but pupils are encouraged to bring their knowledge and understanding to life through creative homework assignments

The pupils build on the knowledge gained at GCSE with study of more complex works of literature and sources exploring the values of the ancient Romans and Greeks. All three modules studied over the two years are literature based, including ancient epic poetry, Greek theatre as well as philosophy and poetry with the focus on the theme of love. We feel this not only provides continuity in the course, but also builds on the keys skills developed at GCSE. For example, studying Homer and Virgil in Years 12 and 13 respectively allows the pupils to see how the writing of epic became more affected by its political context than general moral values. As the course progresses we put a focus on improving pupils’ writing techniques and their approaches to analysis and evaluation of the main themes in the texts.

London’s proximity to the school has given us access to some of the very best performances of ancient literature. Modern productions of ‘Frogs’, ‘Orestes’ and a fresh interpretation of the tragedy of Clytemnestra called ‘Girl on an altar’ at the Kiln theatre have been amongst the highlights enjoyed by pupils studying Classical subjects in Years 10-13. These experiences help bring to life the texts the pupils have studied and also broaden their knowledge and appreciation of the Classical world through exposure to plays not on the syllabus.

In recent years a drama teacher has helped oversee our biennial Classics Plays. In recent years there have been productions of ‘Ovid’s Tales’, ‘The Odyssey’, ‘Antigone’ and ‘Bacchae’ which have been performed before parents and students from other schools. Students from all year groups, and not necessarily studying classical subjects, have played a key part in making these successful. The Greek theatre has recently undergone a renovation and its leafy surroundings and authentic tiered seating make it a perfect location for reimagining and reworking classical texts.

We aim to provide a visit to either Greece or Italy every year for pupils from Years 10-13. Such trips are very popular with the pupils, bringing to life the cultures and history they have studied in the classroom. A recent visit to Greece involved the pupils hiking to the top of the Acropolis to visit the 2,500 year old Parthenon temple and vising the ancient city of Mycenae. These valuable experiences are backed up by visits to museums and information centres, such as our visit to the Museum of Naples, which gave us a glimpse of the ancient treasures found on the site of Pompeii.

We encourage pupils in Year 12 to enter essay competitions so that they can show off and further their knowledge of the classical world. Selected pupils in Year 12 enter the Cambridge Fitzwilliam College and the Oxford St.John’s College Essay competitions, which covers different disciplines of Classics such as philosophy, history and lyric poetry. This serves as an excellent preparation for pupils intending to continue the subject at university. Indeed, one of our former Head Girls, Vidya Divakaran, won the Philosophy section of the St.John’s competition, and subsequently went on to study Classics at Cambridge University

All pupils studying Latin or Classical Civilisation in Year 10 are given the opportunity to attend Classical Greek classes after school every week for one year. Our aim next year is to provide a second year of Classical Greek off timetable for those who intend to study Classical subjects at A level.

In recent years, Year 12 and 13 pupils have attended webinars, lectures and talks on Classical topics at other schools and in London. The topics are usually directly relevant to the texts on exam syllabi such as a recent webinar organised by UEA entitled ‘What is Love?’ which related the Love and Relationships module studied by A Level Classical Civilisatioin students. We also organise museum visits for Years 10-13. Most recently a visit to the British Museum and Sir John Soane Museum was organised for all Year 13 students studying classical subjects.

A Level Latin is an engaging and satisfying subject in its own right and is an invaluable support to degree courses in English, History and Modern Languages. It is well regarded by admission tutors for Medicine and Law, since the precision of approach, linguistic basis for technical terms and the humanitarian element add a useful breadth to any A levels specified for the course. Its analytical and broad approach to study has also been found to provide a sound basis for courses and careers in Finance and Management.

A Level Classical Civilisation is very well respected by universities and employers. It provides a valuable range of transferrable skills which can lead to careers in fields as diverse as law, accountancy, secondary and higher education, management, business, publishing, the media, archaeology, museum work, politics, tourism and the civil service. 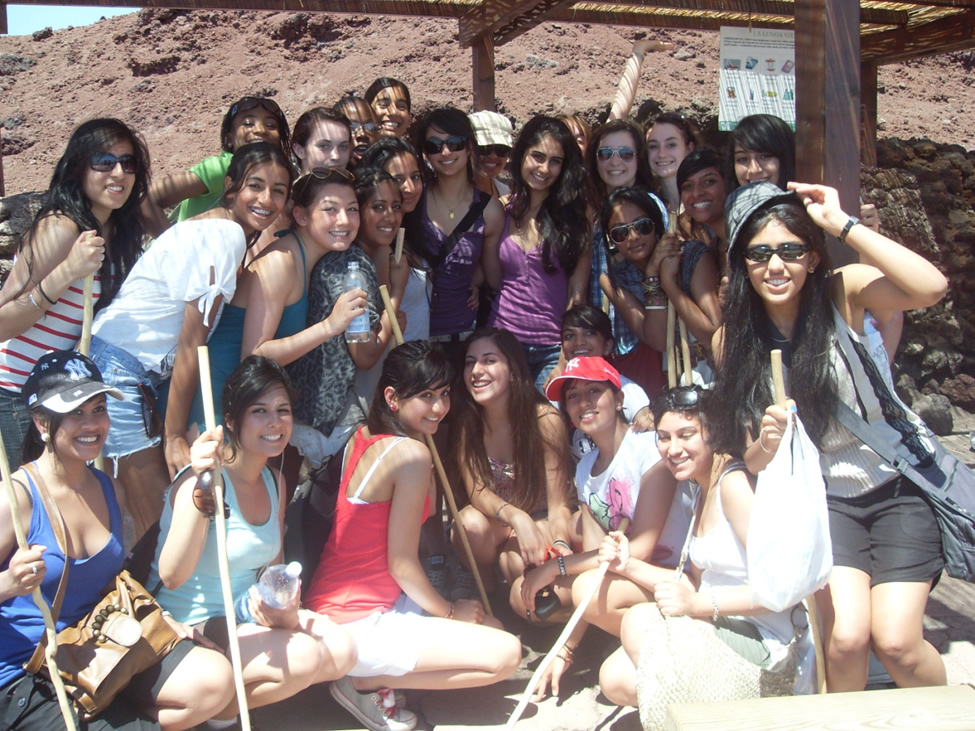 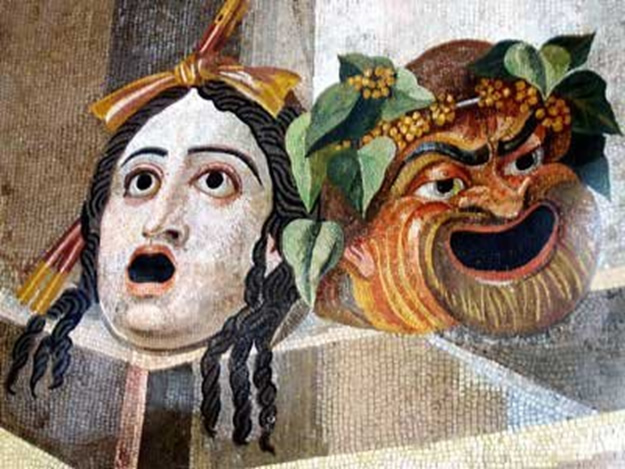 Recommended reading is contained within the Word document attached below.