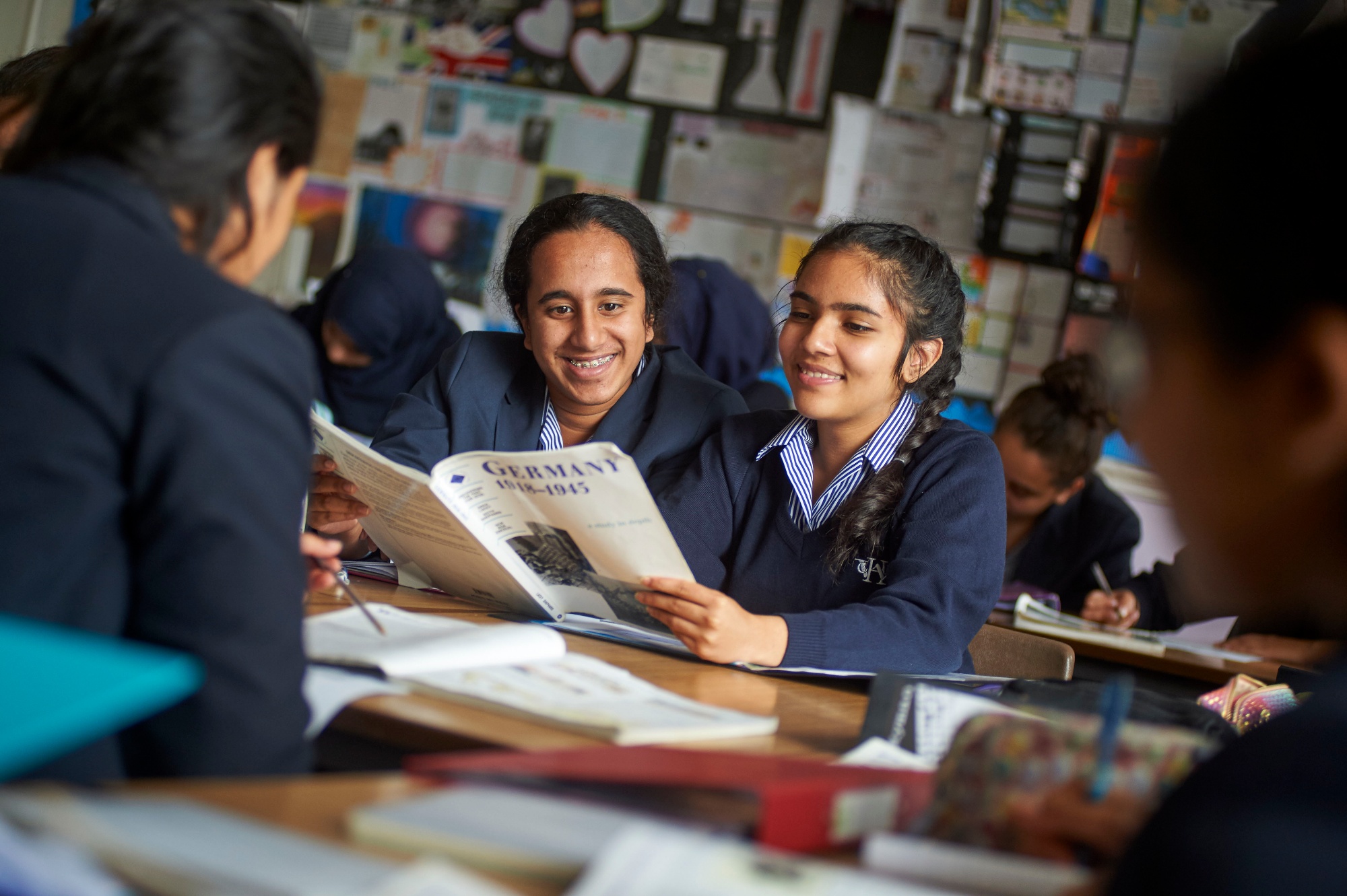 The aims of the History Department

It has inherent value:

Perhaps the most important reason for studying History is because you find it to be an interesting and enjoyable subject. Investigating the past will provide you with an opportunity to explore exciting and dramatic events. It will introduce you to lively and controversial characters and you will get a chance to see how people have reacted in difficult and extreme circumstances. In short it will entertain and engage you because you will be involved in uncovering dramatic stories about the human experience across different historical periods. In year seven this may involve looking at how people coped with the disaster resulting from the Black Death and in the sixth form exploring the reign of Elizabeth I will allow you to see the difficulties facing a female ruler in the 16th century.

Students of History are historically literate about the society in which they live. This means they can interpret and place the events occurring around them in historical context and they can confidently and intelligently participate in debates about the key events unfolding in today’s world. In the sixth form students who look at events in France in the eighteenth century will have the opportunity to understand the concept of revolution. You will be asked to think about why seemingly all powerful rulers can suddenly and dramatically lose their power and you will assess the role of ordinary people in this process. You will acquire an understanding of why this does not always lead to a better system of government. The issues underpinning the French Revolution have a great deal in common with those currently unfolding in the ‘Arab Spring’. At KS3 pupils will get a chance to explore the dynamics of persecution when studying slavery. You will compare modern forms of slavery with those which developed in the eighteenth and nineteen centuries and in so doing you will analyse concepts such as change and continuity.

The study of History allows students to develop high order skills which will be useful in a variety of different contexts. Historians can gather information in a skilful manner which means that if asked to undertake a research project in the workplace people who have studied History will not be intimidated by the prospect of having to find information from unfamiliar sources. In addition to this they will be able to process, evaluate and prioritise information as well as being able to detect bias and deconstruct propaganda. They will not just take information or people at face value and they will be both insightful and able to think critically about information. Historians learn to weigh up different viewpoints and make measured judgements about complex topics. They can think on their feet and are not intimidated by challenges. This makes them suitable for a wide range of careers in law, government, politics, journalism and education.

In year seven girls will study Medieval Realms. They will explore the unfolding narrative of British history from the Anglo-Saxon period through the Norman Conquest to the Peasants’ Revolt. In year eight pupils will continue the story of the struggles of the British monarchy from Henry VIII’s break with Rome to the crisis of the English Civil War. In year nine the focus will be very much on the modern world. This will give girls a chance to see how the world they live in has been shaped by events in Europe in the twentieth century. They will investigate dramatic stories about the experience of ordinary soldiers in World War I and explore the motivations of some of the world’s most controversial leaders such as Hitler, Stalin and Mussolini. Students will be given the chance to explore the past through class debates, role plays and interaction with source material. They will be assessed by a combination of written and oral tasks. Year seven historians will explore the Battle of Hastings through an essay writing activity whilst year eight pupils will explore Henry VIII’s break with Rome by writing and performing a role play examining the different factors motivating Henry VIII.

The GCSE course will have a focus on the twentieth century world and its aim is to give students an opportunity to understand the world in which they now live and how it has been shaped by key events in the last century. This will involve exploring the rise and fall of the Nazi Party, the struggle for civil rights in America and the Cold War. Girls will be assessed by means of an examination at the end of a two year study period. The examination will include a variety of essay type questions and a source paper. In addition to this 25% of the final mark will be a controlled assessment exercise on an aspect of British History in the late twentieth century. 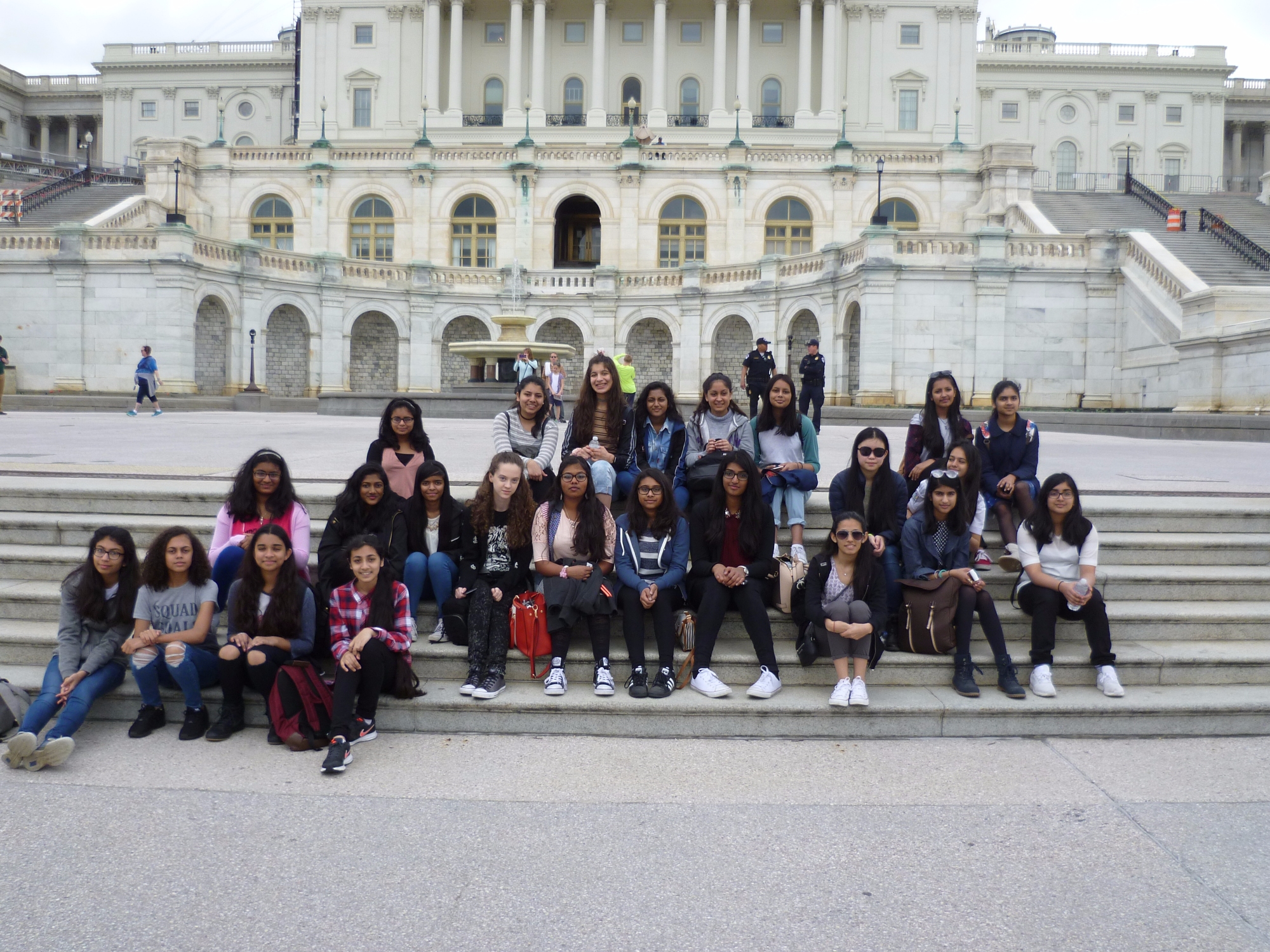 A Level History gives students a chance to explore a range of exciting topics central to the development of both British and European History in the Early Modern and Modern period. Topic areas include England under the Stuarts, the French Revolution and the political development of modern Russia. In addition to this they will undertake a coursework option chosen by the department which will give them a chance to develop a range of historical skills. Pupils taking History at A level are encouraged to participate in lecture days and educational visits to the National Portrait Gallery and the Wallace Collection. History is a popular subject at A level with a steady number of pupils wanting to study it at university.

We believe it is vital that pupils studying History are given the chance to explore it beyond the classroom and in the past we have organised educational visits for pupils in all year groups. Year seven students have visited Rochester and in year nine girls have visited the WWI battlefields in France and the Imperial War Museum. At KS4 the girls have enjoyed travelling to Berlin and KS5 students have travelled to America and Russia on residential visits. We hope to organise more such visits in the future.

Students who have studied History are ideally suited to pursue careers in a wide range of areas, including, Law, journalism, government, finance and education.

Recommended reading is contained within the Word document attached below.